Zika virus (ZIKV) is a member of the virus family Flaviviridae. It is spread by daytime-active Aedes mosquitoes, such as A. aegypti and A. albopictus. Its name comes from the Zika Forest of Uganda, where the virus was first isolated in 1947. Zika virus is related to the dengue, yellow fever, Japanese encephalitis, and West Nile viruses. Since the 1950s, it has been known to occur within a narrow equatorial belt from Africa to Asia. From 2007 to 2016, the virus spread eastward, across the Pacific Ocean to the Americas, leading to the 2015–16 Zika virus epidemic.

The infection, known as Zika fever or Zika virus disease, often causes no or only mild symptoms, similar to a very mild form of dengue fever. While there is no specific treatment, paracetamol (acetaminophen) and rest may help with the symptoms. As of 2016, the illness cannot be prevented by medications or vaccines. Zika can also spread from a pregnant woman to her fetus. This can result in microcephaly, severe brain malformations, and other birth defects. Zika infections in adults may result rarely in Guillain–Barré syndrome.

Nearly everyone is affected by mosquitoes during the warmer months of the year. These pests swarm at outdoor events and breed prolifically in stagnant water--from bird baths to discarded tires--even puddles from the latest rainfall. Certain land features, such as swamps, reservoirs and retention ponds are virtual breeding grounds for mosquitoes. And, all it takes is one tenacious pest to infiltrate your home and make everyone inside miserable. Mosquito Treatment: We remove and exterminate mosquitoes from your home. Our Mosquito Exterminators professionals are your Mosquitoes Extermination Experts. Give Dependable Exterminating A Call Today. 1-844-305-8999. 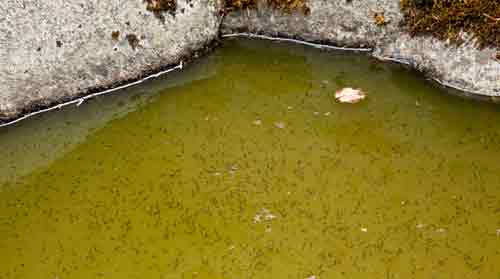 Mosquito Life Cycle
Contrary to popular belief, mosquitoes do not require blood to live, as they actually feed on nectar. The males are not blood drinkers; however, the female of the species requires it in order to lay eggs. Once she lays her eggs, a female mosquito will seek more blood in order to produce more young. She will continue this cycle during her short life span of about two weeks. 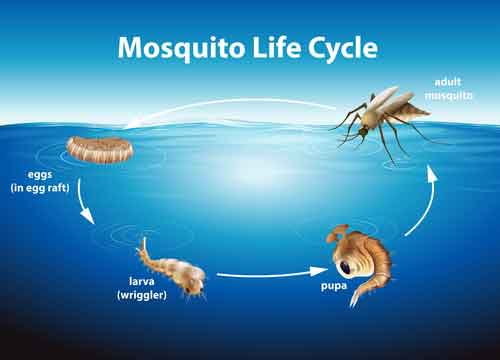 Though some may consider them an unpleasant nuisance, mosquitoes are responsible for more human deaths than any other insect. Mosquitoes feed off both humans and animals, thereby easily infecting host upon host.
A single bite can transmit diseases such as malaria, dengue fever, and encephalitis. The well-known and well-publicized West Nile Virus (an Encephalitis virus) first appeared in the Western hemisphere in 1999 and quickly spread to infect people in every state in the US.

As a result, mosquito control is vitally important to human health and well-being. There are many varieties of mosquitoes, some of which carry more deadly diseases than others. Insecticide is often used on a wide-scale basis to combat mosquitoes and is generally very effective. If your property is prone to attracting and breeding a mosquito population, contact our professional Mosquito Exterminators to assess and manage the situation. 1-844-305-8999. 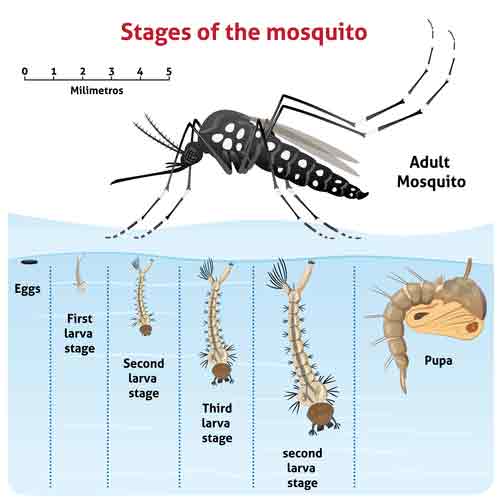