Our Termite Exterminator will perform detailed termite inspections to identify the source of the Termite Damage in your home. We Will then create custom Termite Treatments to eliminate the Termites from your home. Let Us be the Termite Control Company that you can depend on, Give Us A Call Today. 1-844-305-8999.

Termite Swarmer
Termites are eusocial insects that are classified at the taxonomic rank of infraorder Isoptera, or as epifamily Termitoidae within the cockroach order Blattodea.

Termites were once classified in a separate order from cockroaches, but recent phylogenetic studies indicate that they evolved from close ancestors of cockroaches. Although these insects are often called white ants, they are not ants. If you see these in or around your home Call Dependable Exterminating as soon as possible. Our Termite Exterminator will utilize the latest and most effective Termite Treatments available to eliminate the termites from your home. 1-844-305-8999. 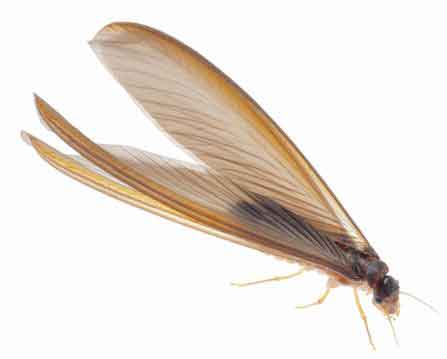 Like ants and some bees and wasps from the separate order Hymenoptera, termites divide labor among castes consisting of sterile male and female "workers" and "soldiers". All colonies have fertile males called "kings" and one or more fertile females called "queens".

Termites mostly feed on dead plant material and cellulose, generally in the form of wood, leaf litter, soil, or animal dung. Termites are major detritivores, particularly in the subtropical and tropical regions, and their recycling of wood and plant matter is of considerable ecological importance. See Below for the Termite Family Roles. 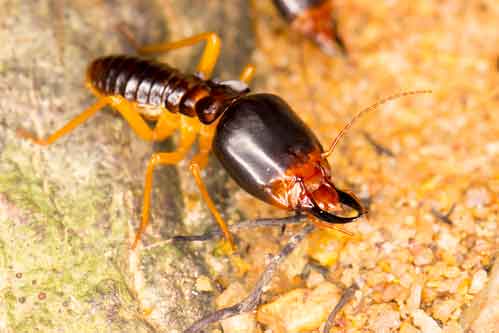 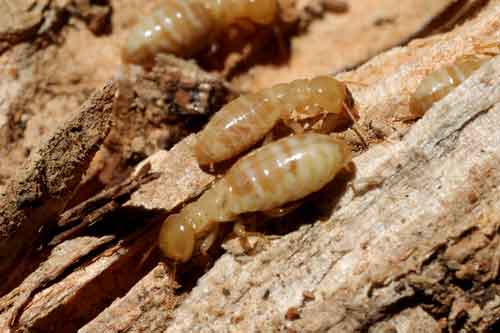 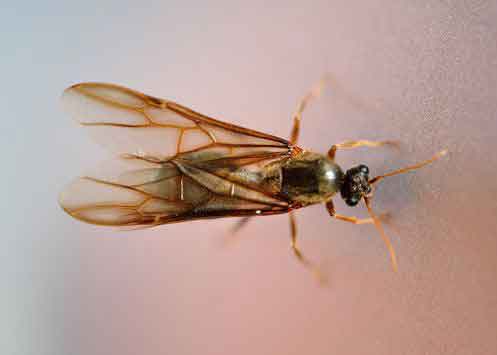 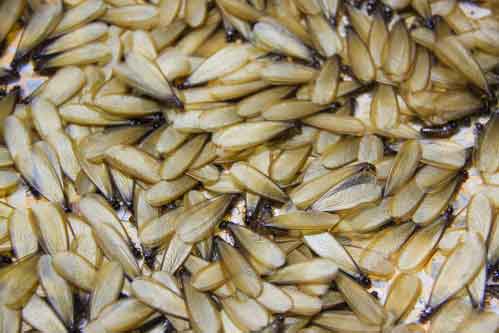 Termite Damage
Termites cause between 2-3 billion in damages annually, that's more damage than fires, storms and earthquakes combined. Termites never stop eating, they work 24 hours a day 7 days a week. Your home is the largest and most valuable asset you'll have. Protect it now! Our comprehensive Termite Treatments program is designed to give you peace of mind knowing that your home is protected from the damaging effects of termites. 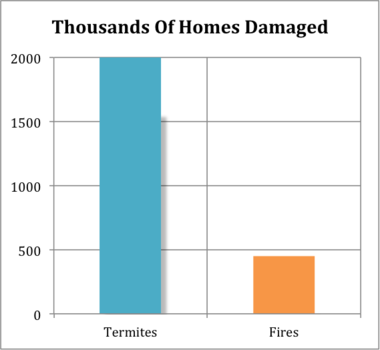 Termite Wood Damage
A termite’s mouth is capable of tearing pieces of woody material. This ability is what causes concern in human dwellings: while termite workers only measure approximately 1 cm to a few millimeters in length, their feeding habits are capable of causing costly damage to property. House foundations, furniture, shelves and even books are all possible feeding sites for termites. If you notice you have Termite Damage give our Termite Exterminator a call today. 1-844-305-8999.

Termite Life Cycle
Termites are among the most successful groups of insects on Earth, colonizing most landmasses except for Antarctica. Their colonies range in size from a few hundred individuals to enormous societies with several million individuals. Termite queens have the longest lifespan of any insect in the world, with some queens living up to 50 years. Unlike ants, which undergo a complete metamorphosis, each individual termite goes through an incomplete metamorphosis that proceeds through egg, nymph, and adult stages. Colonies are described as super organisms because the termites form part of a self-regulating entity: the colony itself. 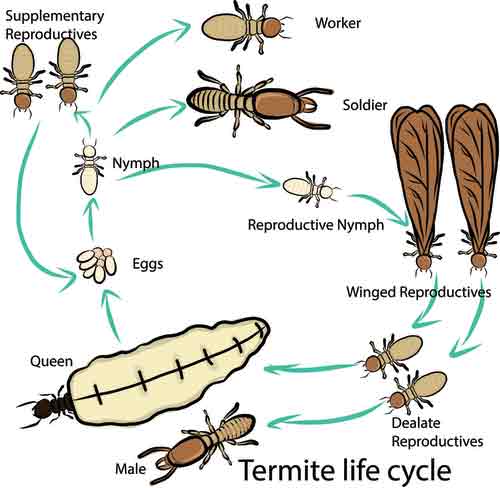 Termite Silent Destroyer
Termites are often called the “silent destroyer” because they may be secretly hiding and thriving in your home or yard without any immediate signs of Termite Damage. All termites consume cellulose-based plant materials. Unfortunately, all homes, regardless of their construction type, can provide cellulose food for termite infestation. Termite protection begins with Our Termite Exterminator, we will go over our Termite Treatments methods and termite control options. 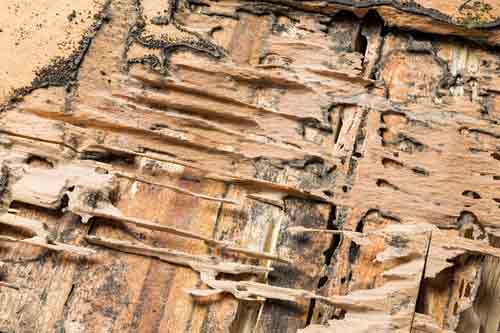